Atmospheric Ocean is an interactive data visualization artwork that depicts processes that cycle carbon dioxide between the air and sea. Animated particles represent CO2 in various forms and visualize various biological and physical processes. Viewers can use interactive controls to focus the virtual camera on different elements within the scene.   Through exploratory interaction, Atmospheric Ocean fosters an emergent understandings of the complex interconnections between the ocean and the climate.

The generative graphics of Atmospheric Ocean are driven by data from NASA satellites, historical climate models as well as data from Ocean Networks Canada, which operates a deep sea laboratory in the Barkley Canyon. Various forms of carbon are represented as animated particles that flow between the air, surface water and deep ocean. The processes visualized in Atmospheric Ocean include CO2 absorption, photosynthesis, decomposition, carbonic acid formation and CO2 venting from the ocean. Seasonal fluctuations are shown in sea water temperature, solar radiation, cloud formation and wind driven upwelling currents. Subtle sounds from marine organisms, weather events and anthropogenic activity are audible in the dynamic soundscape of Atmospheric Ocean. Distant terrain features define a specific context to the virtual environment, placing viewers at the head of the submarine Barkley Canyon, with the Olympic Mountain Range and Vancouver Island visible on the horizon.

Considering oceans as part of the climate is critical to understand the impact that anthropogenic greenhouse gas emissions have on marine ecosystems. Biological and physical processes within the ocean absorb and sequester enormous amounts of atmospheric carbon dioxide. Much of this gas forms into carbonic acid that severely impacts the growth and viability of many marine organisms. As the oceans continue to warm, the rates of CO2 absorption may decrease, with increased atmospheric concentrations as a result. Atmospheric Ocean presents an imaginative model of the processes that cycle carbon between the world’s oceans and climate, inspiring awareness and understanding of the complex interactions between these interconnected systems. 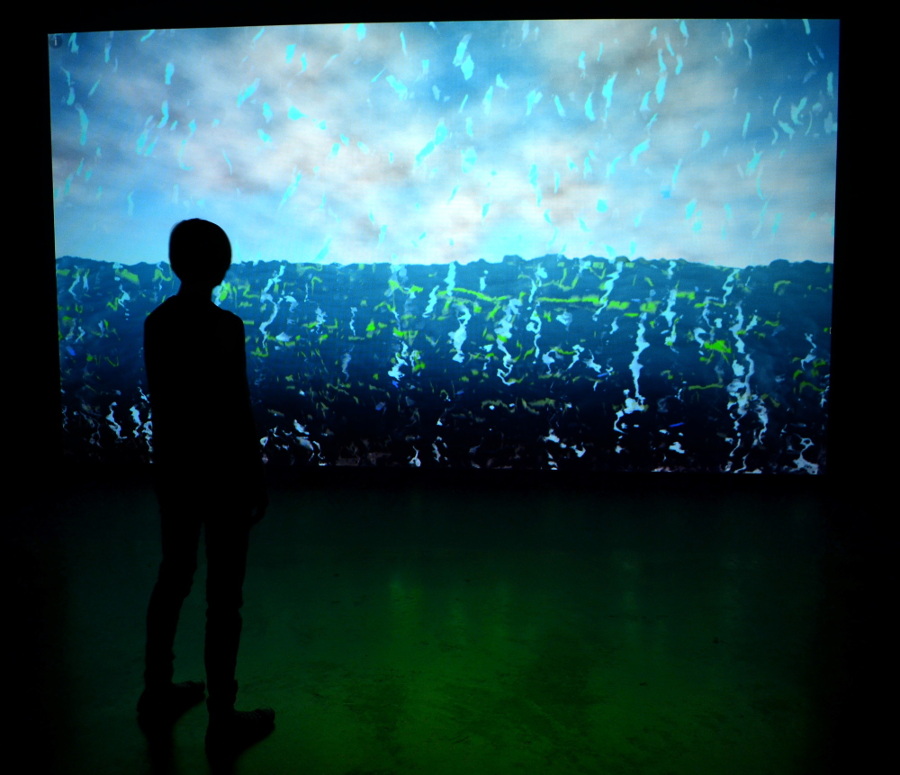